Mozambique: A Land of Smiles

Mozambique is one of Africa’s up-and-coming hot-spots, with stunning beaches, excellent diving and magical offshore islands. For almost two decades, many of these attractions were inaccessible due to a protracted guerrilla war. Now dark times are in the past, and Mozambique is one of Africa’s rising stars, with an upbeat atmosphere, overflowing markets and a 2500km coastline waiting to be discovered. 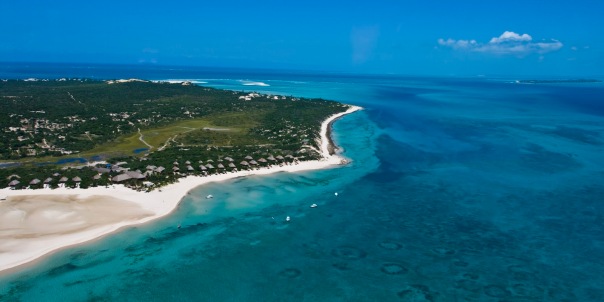 Mozambique is fast becoming the place to go for classic tropical island holidays. Its wide mainland beaches are lapped by the warm Indian Ocean but the most appealing destinations lie just offshore: two clusters of postcard-perfect islands dot the blue horizon- the Bazaruto Archipelago in the south and the exclusive private islands of the Quirimbas Archipelago near the Tanzanian border in the far north.

Whether visiting Mozambique to indulge in one of the many water sports activities, taking a cruise on the beaches, or just wish to go for a horse ride, quad bike race or Sand boarding, you are sure to experience a feeling of a lifetime the moment you step foot into this promising island.

Wait a minute! Mozambique holidays are not just all about lazing on soft sandy beaches, or taking part in one watersport activity or the other; the country’s wild reserves are recovering rapidly and are becoming a top choice for off-the-beaten-track safaris. One can go snorkelling around the Bazaruto Archipelago, sail through mangrove channels or laze under the palms in the Quirimbas Archipelago, take an off-beat safari in the wilds of Gorongosa National Park, wander along cobbled streets past stately colonial-era buildings on Ilha de Mocambique, sip a café espresso at one of Maputo’s (capital) lively sidewalk cafés, watch the silversmiths at work on Ibo Island or dance to the country’s trademark marrabenta music. 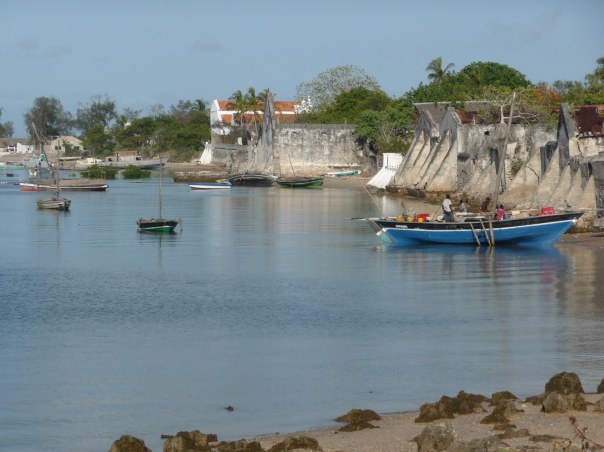 But if you’re inclined to something tamer, stick to Southern Mozambique, where roads and transport links (especially with neighbouring South Africa) are good and accommodation options abound. For more adventure, head across the Zambezi into the wilds of Northern Mozambique. The paradisiacal coastal panoramas, sense of space, the sheer adventure of travel and some of the continent’s most idyllic island lodges make the journey well worthwhile.

A Mozambique holiday is the perfect excuse to kick off your shoes, take off your watch and gear down to the slow pace of island life: swim, snorkel, laze in the sunshine or sail on a sunset cruise. Mozambique is a gem of a discovery; the idyllic setting for families, honeymooners or groups of friends.

These Countries are Visa-free Plan your holiday and forget the hassles of getting a visa. 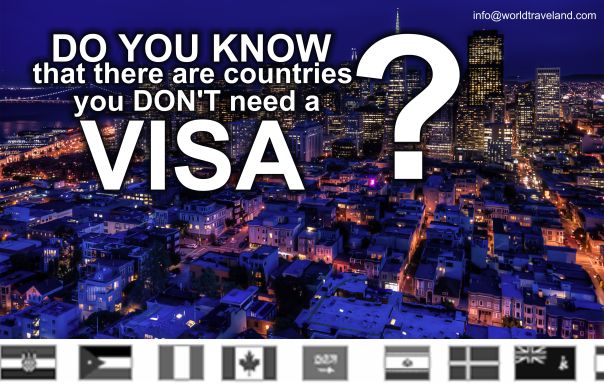 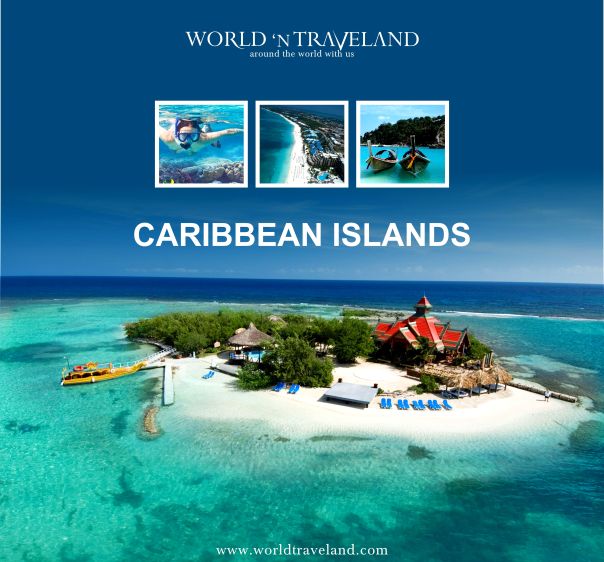 Where in the Caribbean Island will you like to spend your SUMMER?

With amazing culture, beaches, activities and weather – not to mention the rum – the Caribbean is a joyous riot of islands offering the ultimate escape.

Rocked by music, rolled by change, lapped by turquoise water, blown by hurricanes – the Caribbean is not a place anyone could call static. It’s a lively and intoxicating profusion of people and places spread over 7000 islands (fewer than 10% are inhabited).

But, for all they share, there’s also much that makes them different. Forming a huge swath around the Caribbean Sea, the namesake islands contradict in ways big and small. Can there be a greater contrast than between socialist Cuba and its neighbour, the bank-packed Cayman Islands? Or between booming British-oriented St Kitts and its sleepy, Dutch-affiliated neighbour Sint Eustatius, just across a narrow channel? Travel long enough in this region and you’ll soon discover there is no typical Caribbean.

Azure seas, white beaches, green forests so vivid they actually hurt the eyes – there is nothing subtle about the bold colours of the Caribbean. Swim below the waters for a colour chart of darting fish and corals. Wander along the sand and stop at the paintfactory explosion that is a beach bar, from the garish decor to the rum punch in your glass. Hike into emerald wilderness and spot the accents of red orchids and yellow parrots.

Even the food is colourful, with rainbows of produce brightening up the local markets.

You’ll also see every colour but dull at intense, costume-filled festivities like Carnival, celebrated throughout the region. And all this colour is infectious. Like birds shedding dull adolescent plumage, visitors leave their wardrobes of gray and black behind when they step off the plane and don the Caribbean palette.

Your Kind of Trip
No matter what you’re looking for in an island adventure, you’ll find it here. Zero in on one perfect place or mix and match from a banquet of islands.

With so many islands, beaches, cultures, flavours and waves to choose from you are bound to have a fabulous time. Doing nothing on the sand, partying at a resort, exploring a new port of call, hopping between islands, discovering wonders under the water or catching a perfect wave above, revelling in a centuries-old culture, and finding your inner pirate are all possible.

Go on, take the plunge. Top 5 most visited destinations in the Middle East

There is one thing many people would agree on whenever a discussion about the Middle East is brought up and that is its enormous wealth of history, luxury and vast landscape. In the midst of it chaotic environment and political unrest in some countries in the Middle East, there are still wealth of fascinating territory to explore in this vast region that is so rich in ancient history. The magical combination of light, land and sea of the Middle East make it an unforgettable destination.  There are lots of options available to experience from the rich culture, history and ancient forts of Oman to its empty beaches, Palestine’s sacred sites and the old-world lure of Yemen. The Middle East has more than enough to offer its guests. Here are top five most visited and safe cities and countries in the Middle East.

Dubai is the most populated emirate in the county.  The city shares border with the Gulf of Oman and the Persian Gulf. Famously known for its wealth, the dynamic city is a playground for the rich and the famous. It blends the richness of history with amazing high-tech architecture and premier golf courses. For visitors experiencing luxury Dubai holidays, the city also has a unique collection of luxury beach resorts and hotels. Desert treks, a wide array of water sports, traditional culture, gourmet dining, welcoming people and exceptional shopping combine to make Dubai an enticing option for sophisticated travelers. Any trip to Dubai is far from ordinary. 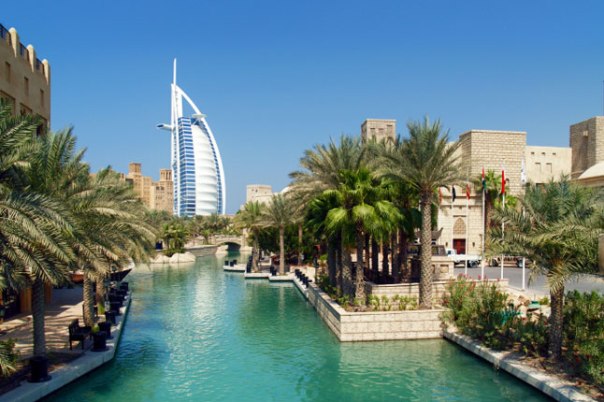 The ancient Jordan is filled with tremendous history and famous sites of attraction to entertain its guests. The rich history and culture of the area has made Jordan tours very popular. This beautiful land has ministered to people both spiritually and mentally because of it connection to some of the histories in the bible. Nothing quite prepares you for the moment you set your eyes on Treasury in Petra. This mind-boggling creation sits in the vast untamed desert, and has done so for thousands of years. Other spectacular places that keep you intrigued all through your stay in Jordan include Wadi Rum, Dead Sea and Mt Nebo, along with many other amazing places. 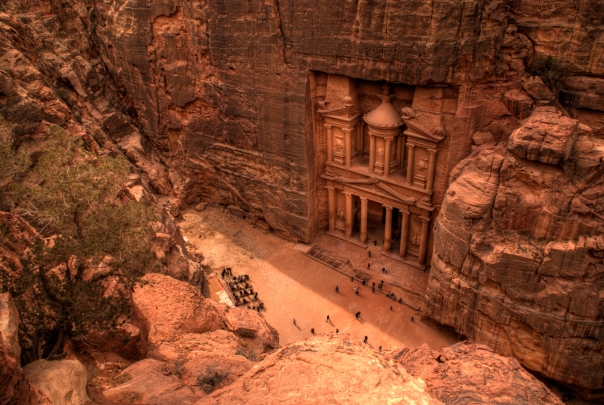 Cairo is the capital of Egypt and true to its meaning which is the triumphant; the city is largest city in the country. Cairo is a fascinating combination of ancient and modern architecture, citing such monuments as the Pyramids, the Hanging Church, the Sphinx, and Heliopolis as its own. The oldest part of the city is east of the river. The Egyptian pyramids are a must see when in Cairo. There are over 100 pyramids in Egypt. The best known Egyptian pyramids are those found at Giza, on the outskirts of Cairo. The Pyramid of Khufu at Giza is the largest pyramid and the only one of the Seven Wonders of the Ancient World still in existence. Very few places on earth continue to captivate human mind from one century to the next and Cairo is one of such places. 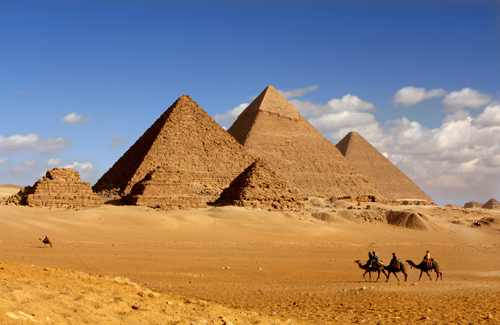 Jerusalem richly abounds in historical, archaeological  and religious significance. It’s no wonder then, that even in January, tourists are everywhere. In Jerusalem, you can touch the Western Wall, the last remnant of Judaism’s 2nd Temple, gape in awe of the shimmering Dome of the Rock, or stand in the very spot where the cruxification of Christ occurred. There is hardly any end to the sites of interest that this noble holds, and thanks to the fervent work of archaeologists, more sites are being discovered every year. While on your trip in Israel, plan to walk through the streets of this beautiful city and simply immerse yourself in the daily life of such an ancient and revered place. 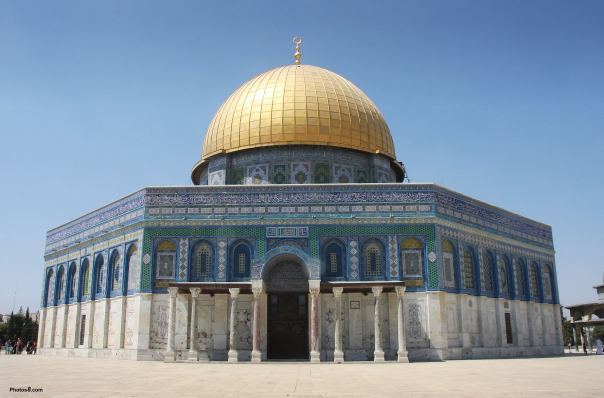 Dome of the Rock, Jerusalem

Istanbul is one of the world’s most interesting cities.  Its unique location, literally bridging the gap between ‘East” and “West”, and unique history as a Christian and then Islamic city, is precisely what attracts tourist to the shores of the Asian Continent. The city’s impressive heritage is on display and has been magnificently preserved. From its famous mosques and churches (the Blue Mosque, Süleymaniye Cami, and Hagia Sophia), through palaces (The Topkapi and Dolmbahce), and on to the Grand Bazaar, Istanbul is one memorable excursion after another. Istanbul is a truly vibrant, colorful, and hospitable country rich in ancient history yet full of modern amenities 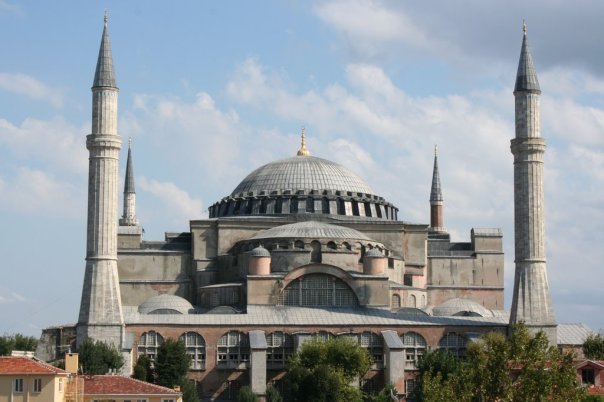